In Chinese philosophy, the idea of yin and yang describes how apparently opposite or contrary forces are actually complementary, interconnected, and interdependent. What does that have to do with positivity? Well, just as many tangible dualities – light and dark, fire and water, male and female – physically manifest this idea, so no discussion of positive thoughts is complete without also taking a look at negative thoughts.

Let’s face it: complete and total banishment of negative thoughts is nearly impossible. After all, we’re only human – and we live in a flawed world. No matter how strong our positive mind habits are, negative thoughts are inevitable.

So the question becomes: What do we do with the negative thoughts? And does battling negativity mean you’re destined to failure?

Not at all. Here are four simple steps to dealing with negative thoughts – clearing more space in your mind for positive thoughts!

1. Accept the negative thought or emotion. “A thought is just a thought, and a feeling is just a feeling,” psychotherapist Tori Rodrigues wrote in Scientific American. Pause, and take stock of what you’re feeling and why.
2. Remind yourself your thought has no power over you. “A thought is just a thought” – it’s not who you are, or who you’re destined to be. Instead of turning on the negative thought, trying to crush it down inside you – where it’s likely to just flare back up when you least want it to! – acknowledge what you’re feeling, then let it go.
3. Relieve the pressure of negativity. Whether it’s doing some yoga or taking a walk, listening to music that puts a smile on your face or reading a few pages from a favorite book, a simple distraction can go a long way towards diffusing the stress negative thoughts can create in your mind and body. Even a simple technique like writing your negative thoughts on a piece of paper, then throwing it away, can help you refocus your energy.
4. Take positive action. It’s not what you think that defines you – it’s what you do. Refuse to let your negative thoughts keep you from positive action. 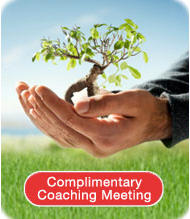